Association Finds UK The Second Biggest CBD Market After The US

Association Finds UK The Second Biggest CBD Market After The US 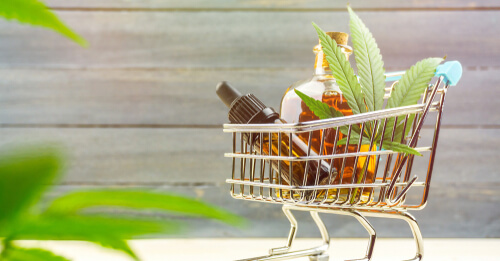 As per the Association for the Cannabinoid Industry’s latest report, the UK’s regulatory framework for cannabidiol is now the world’s most evolved one. As a reason for that finding, the ACI mentioned the Food Standards Agency’s recent interventions to look at which the tolerable and safe THC levels in CBD goods are. The FSA started to accept applications for cannabidiol’s use as a novel food ingredient from January this year.

The report argues that the UK’s CBD market 2021 represents an important growth segment for the nation. The document also urges the UK government to take on a strategy to cash in on cannabinoids.

The ACI report’s authors have made the following demands.

As per Paul Birch, the ACI’s joint-founder, it is impossible to disregard how big the phytocannabinoid sector is. Birch also said that, as per the report, $690 million is the CBD product sales until the past yearend. That is around one-third higher as compared to the ACI’s 2019 projection, said Birch. He also said something that implies that the nation has turned into the second-biggest global CBD market after the US.

Meanwhile, the FSA has revealed its compilation of CBD goods that could stay on sale until it makes a decision about their authorization. To be more precise, those CBD product retailers are waiting for the so-called Novel foods authorization. To know what that is, it is worth recalling the UK’s regulatory history regarding novel food. It confirmed cannabidiol as that type of food item in January two years ago. Its novel food-related regulations require the FSA’s evaluation and authorization for the products/ingredients not used prior to May 1997 before those can be put on the national market.

It possibly takes a year or so for those CBD goods to receive the agency’s approval. Why? Because the authorization requires submitting toxicological dossiers, which can take much time. What augurs well for the recent applicants is that no CBD item that has already filed for that authorization to remain on the marketplace has been rejected.